Is Disruptive Innovation possible in the construction industry? 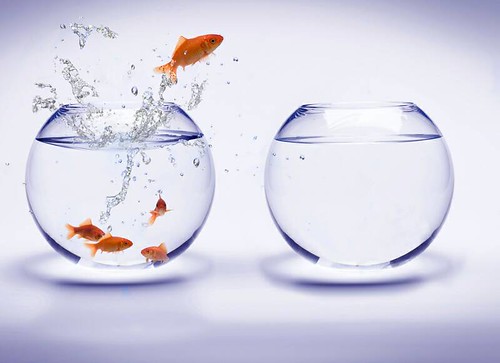 The construction industry is one of the least efficient industries – and this is a worldwide issue. This year I heard someone describe the construction industry as ‘the last craft industry’ and this is certainly true.  Whilst so much of production and manufacturing has become rigidly process oriented and quality controlled, prototyped and tested – even in developed countries, almost every building that we build is still a one off design, constructed piece by piece on site.  The inefficiencies of all phases of building – from procurement through to design and construction are outstanding.  Even when a building is not designed by an architect, if it’s larger than a house, it’s almost certainly a one off design.  Even in Australia, where site labour is a significant expense, prefabrication is the exception and not the norm.  We actually have less standardisation than in the larger American and European markets! As architects and designers in Australia we expect to be able to customise almost any product, and often at no extra cost because so much is custom manufactured for each and every project. All of this results in additional costs, both to those supplying services and products related to buildings which are then passed onto those purchasing buildings.  I have seen estimates suggest that the construction industry wastes a mind boggling 20-30% of building costs  – possibly equating to somewhere around $1.7 trillion (USD) worldwide each year! I found one estimate that 50-68% of time on site is wasted!!! Just google construction industry waste and you will find heaps of articles from around the world in relation to both time and materials.

All this would suggest, that buildings and construction should therefore be ripe for disruptive innovations – there is clearly a massive problem here.  BIM, prefabrication and robots have been seen as possible saviours of the industry, that would increase efficiencies but are they effective and are they disruptive innovation?  In the UK, the government determined in 2011 that BIM would generate savings and efficiency for government projects, and they have mandated its use on all government projects over 5 million pounds.  There is plenty of evidence from the UK and also from around the world that is demonstrating that BIM is reducing construction costs (for example refer to this series of articles by David Mitchell on ROI of BIM) – and one assumes without reducing quality of outcomes.  The UK mandate targets that by 2016 all projects will be what is defined as “Level 2 BIM”, but there is no date yet set for “Level 3 BIM”.  So BIM has already been around for easily 10 years already now, and still with no end date for this higher level uptake by industry – 15 years of change seems to slow to me to be defined as disruptive innovation. I’m not so sure that BIM is “our Facebook revolution” (see this article on Digital Built Britain)

Perhaps before we go much further, we need to define – what is disruptive innovation anyway?If I ask google the answer (via wikipedia) is ” A disruptive innovation is an innovation that creates a new market and value network and eventually disrupts an existing market and value network, displacing established market leaders and alliances. The term was defined and phenomenon analysed by Clayton M. Christensen beginning in 1995.”  The frequent examples we are all familiar with include Airbnb, Uber, iTunes and Facebook.  To me, I’m not quite sure that all of these actually meet the requirement for a ‘new market’ – how is the Uber market different from the taxi market? But the key point is that they create a new way of service or product delivery that is completely different from what has come before rather than just being a little bit different – cheaper, easier or more competitive.  For example Amazon is not usually viewed as disruptive innovation, its just a slightly different way of providing goods, at a conceptual level it’s basically the same as the very old fashioned mail order catalouge.

So is BIM a disruptive innovation? I think not. When I first attended RTC back in 2009, and really started to see the possibilities of BIM beyond just 3D modelling and how we could move towards buildings being built from models not documents, and I was seeing all the resultant changes this would bring to our contractual and teaming arrangements, I think I would have considered that BIM would be a disruption to our industry.  But now 6 years later, how much has really changed?  Buildings built from models are still very much the exception rather than the rule, as are alternative procurement and contracting arrangements.  In the same time, Airbnb (started 2008) and Uber (started 2009) have taken over and are serious dominators in their respective markets.  I think there are a few reasons for this slow uptake of change in the construction industry.  One is that with BIM, we still have the option to do things the old way.  We can combine a bit of BIM with traditional paper documents and contracts.  It’s not an all or nothing alternative.  The other is the scale and structure of the market purchasers.

However upon reading the article, I don’t think so.  Whilst the project funding might be obtained from smaller individual consumers, the project is still run by a larger developer –  it’s just a new way for them to get their start-up capital, like the idea of off the plan apartments really.  Whilst the smaller investors may start putting the pressure on for greater efficiency this is more likely to push incremental improvements rather than disruptive innovation.  The article concludes with the suggestion that within 6 years these crowd funding ventures might be owned by banks, so disruptive innovation seems highly unlikely!

What about other aspects of technology?  Could robots and prefabrication cause disruptive innovation in construction?  Again these are technologies that have been developing for some time – prefabrication for probably over 100 years now! Whilst both offer opportunities for efficiency gains in design and construction, like BIM, they also offer us the opportunity to take small parts and combine prefabricated or robot built items alongside traditional methods.  Robots might be laying bricks, but did they pour the concrete slab yet?

So far, the best opportunity I have seen for disruptive innovation in design and construction is going to come from algorithms rather than robots, through the form of software like Google Flux.  Flux automates the building design based upon site conditions.  (You can find out more about Flux in this video from my presentation and blog on Will a Robot take my job or here on Randy Deutsch’s blog ) There is no reason why either much of the model or the documentation would not be largely automated out of this software as well.  Whilst I believe humans (as architects) will always be involved in designing high quality buildings, much of the work we do as architects could be automated.  I have recently heard said “the computers don’t have to be perfect, they just have to be better than us”.  Why should a human spend time drawing up all the details and layout of a toilet when a computer could do it faster and make sure it meet the building code? The parts could then be prefabricated or assembled on site by robots increasing construction efficiencies.  Developed outside the traditional markets, could Google displace Autodesk as the primary software provider for building design and the disruptive innovator that changes the traditional delivery of architecture? I think it’s possible.

I think it’s also possible, that architects won’t see the potential of these tools, they will see the admittedly ugly buildings that the beta version of the software produces, and believe it’s just a tool for developers to quickly design and build boxy buildings.  If architects don’t engage with these technologies, that is probably what they will become.  But what proportion of our clients are coming to us for high end design? If developers, governments and big business don’t need architects any more what happens to our industry? What happens if construction innovates but architecture doesn’t?  If construction innovates and becomes more efficient, will that leave architecture behind? Does architecture become even more of a boutique industry catering to rich people’s houses?