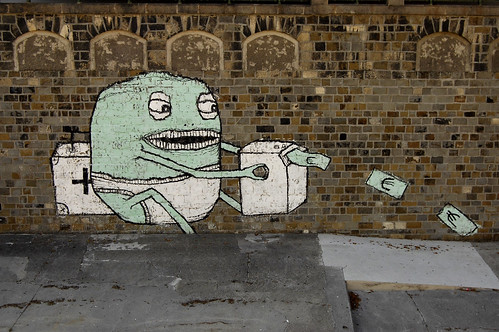 Why is it, that in an age where the value of a company is no longer based on assets or staff numbers, but on ideas – that architects still charge by the hour?

Once upon a time, the value of a company and the number of staff it employed had some correlation, but today this is no longer the case. In 1979, GM employed 853,000 people and had a turnover of $66 billion, today Google turns over a similar amount but with only 60,000 people.  The stories for Microsoft, Apple, Facebook and many other companies are the same.  Making money is no longer tethered to staff and hours.

In architecture, interior design and engineering however, hourly rates are still the norm. “When they choose to strike out on their own, architects tend to follow the outdated model of trading hours for dollars. One of the consequences of this mindset is the fact that clients continue to perceive architectural services as a cost rather than a value.” (Quote from Architizer) Even if, as is commonly the case, a lump sum fee is being generated, this is usually based upon hourly charge out rates of staff multiplied by a guess (educated or otherwise) as to how many hours a task will take. (I’ve written about traditional fee methods previously here) Clients commonly expect a detailed breakdown of the number of hours allocated to each staff member across different project phases. Why are we charging this way when it both limits our ability to increase profit as well as our flexibility in how we deliver services? If I can reduce my hours either by the selection of staff or by automating part of the process, shouldn’t I as the business owner be able to chose if I pass this saving onto my customers (clients) or if I achieve a higher margin? Why is is that clients seem to think that architects and designers are trying to rip them off with higher margins.  Architectural margins are  very low, and in some sectors fees have effectively shrunk over the last 15 years.  We need to make money where we can in order to stay in business.

Obviously at some point there is a minimum fee a company with employees has to charge in order to pay costs, overheads and salaries – although perhaps salaries also need not reflect hours. If architects don’t charge by the hour, what could the alternatives be?

Charging by  the deliverable

In some senses we already charge by deliverable – the lump sum fee essentially considers the building to be the deliverable. While it’s important we don’t lose sight of this fact, the truth is that not every building requires the same amount of work. A great article on this topic is the story of 3 bike sheds by Dimase Architects  which clearly explains that architectural services are not just about building types or construction budgets but about desired outcomes.

Outside if the residential sector, it is also very common for client organisations to dictate deliverables, meeting schedules, required reviews and documentation standards. Frequently these requirements have very little to do with delivery of the building, but are to meet the client’s managers or user group expectations. Sometimes they come with extensive time and cost impacts. How do we charge for a video walk through? The hours in producing the video itself might be very low, but should the cost of software licenses necessarily be considered an office overhead if only used on some projects? Maybe only 1 or 2 people in the office are capable of this work. Should the fee structure for this work take these factors into account?  This leads to the idea of value based fees.

How valuable is your service to your client?  This is a concept I find really interesting, the idea that you change a client based upon the value they place on your services or even the value you create for them. A residential complex is the most obvious example, if you can design to fit in an extra apartment, the developer client makes additional profit, so why should the architect not benefit from this via some kind of bonus? Some would suggest that the architect might compromise design quality at the expense of profit, but I’d say if you are working for a developer – you probably already feel like you are doing this but not getting paid anything for it. In some ways this would be align the architects and the developers interests better.  Most architects would still value good design and their own names and developers would realise that at the point when the architect said no more apartments would fit, they really had reached the sensible limit.

I can see how this kind of fee structure could apply to many kinds of development – car parks, childcare centres or nett lettable area of office buildings. The challenge would be how to apply value to the more difficult to measure or immeasurables like productivity in an office or the positives such as mental wellbeing coming out of good quality design.

I can also see the potential that this fee structure could perhaps backfire – some clients would only want to pay based upon achieving targets or would impose fee penalties for not meeting targets.  But possibly they are the types of clients who already try to get free work or push fees down that we would all rather not work for anyway!

If you search the Internet for blogs about architect entrepreneurs, the architect as developer is the most common model. Instead of working for the developers, why not become one yourself? So far, the examples I have seen generally relate to small to medium scale residential developments or small commercial premises (you can find lots of examples at Archipreneur). It’s certainly true that the profit margins are higher in development than architecture, although the risks are obviously greater too. However, this model will only ever work for certain project types.

A similar model that has recently emerged is architect as one investor rather than as developer.  This model seems to be emerging in non-traditional development sectors such as The Commons in Melbourne or SWARM in the UK. What both these two initiatives have in common, is the idea of quality development for the good of the community.  Again, this is a potentially higher risk model than traditional architectural practice, but could allow architects interested in working on projects with a social conscience a lot more scope for both work and potential income.  Again, this model won’t apply to projects where there is no development to invest in (eg an educational facility or a client workspace).

Architects often create designs as part of their commissions, they may work with suppliers for one off custom elements to be incorporated into the project.  Very few architects get paid for this.  Apparently Renzo Piano does.  He was involved in developing a new glass louvre system developed for Aurora Place in Sydney and now he gets paid when the product is used on other projects.

So what about our salaries?

One of the things that any model of fees has to take into account is how we pay ourselves and our staff. If our project fees are no longer based upon hourly rates, should the way architects are employed and paid also change? The idea of the gig based economy, where freelancers sign up for a set fee to a specific project (similar to a movie production) is often mentioned in the context of architecture and the economy of the future more generally. Whilst I can see that this could work for larger projects where architects may be involved for 2 years or more, would it be as well suited to smaller projects which may only run for a few months and frequently don’t require full time involvement? Perhaps this is only my current bias or perception, as the idea of piecemeal freelance work continues to grow more common for projects and tasks both large and small, and as technology and co-working allow different options for working together maybe this will be feasible. If we do move towards this model, payment structures would need change, likely increasing to assume that people don’t always have a forty hour work week. An industry structured this way could be a good or bad thing – potentially better work-life balance through time off between projects but potentially more stress about where the next job is coming from.

Maybe our employment structures don’t need to change all that much.  The idea of bonuses or profit sharing isn’t a common one in architecture and interior design but there is no reason this couldn’t be change very easily.

There are a lot of other ways that architects and designers are making money through non-traditional structures, but many of these are quite limited in their applications or potential to earn – for example internet competitions, although the guy who runs the site probably does quite well from it.  But this takes us into non-traditional services, offering services for other architects and designers, which is becoming relatively common on the web (examples include ArchSmarter and EntreArchitect).

I’d like to think there will be a viable model for fees for designing buildings and interiors for other people and organisations, which recognises and pays for the value of design.  We have to remember that“Concept design is not a loss leader. It is our most precious commodity.”  Design is what our clients value us for, and its not something that can be calculated by the hour.

I’d love to hear from anyone working with non-traditional fee structures, or with other ideas about how architects and designers can structure their fees.  Has anyone worked on a value based fee project?  Or even a project which included a bonus for the architect?

4 thoughts on “Architecture and Design Fees: Why hours?”