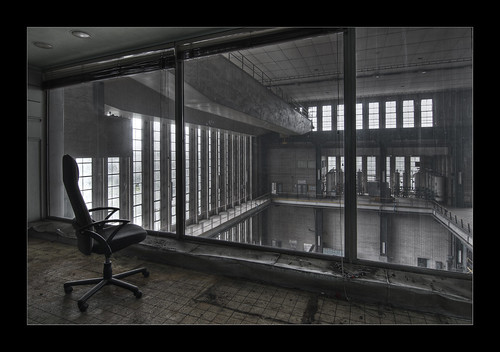 For some years now, but with increasing pace – books, blogs and videos are all predicting a new (and often idyllically portrayed) world of work where workers are empowered to choose where and when they work, teams are built on a project basis to find the best workers, and personal and family life are interwoven around the way we work (this example is from Microsoft). The idea of the physical workplace itself, as a service or as a consumer item forms part of this world, along with technology that is now becoming very real – on demand video conferencing (often with holograms).

I first remember encountering theses concepts some years ago reading Thomas W Malone’s “The Future of Work” which predicted decentralisation of organisations and more freedom for employees to determine when, where and what to do.  At the time I read the book, the technology wasn’t quite real for me yet, but was already starting to change the way we work. In the 5 or 6 years since then, I know that my iPad and iPhone have drastically changed how I can work, in particular while I am traveling.

This new world of work is sometimes given a timeframe as in this study – Workplace 2040. But what’s stopping this from being Workplace 2020? I don’t think it’s technology, I think it’s the people. One of the key things these scenarios all rely on is the independence of the workers and the ability of these people to work together regardless of physical locations. For the majority of workplaces today, these are already no longer technology issues, any difficulties come down to human nature.

Very few jobs are yet structured around only around doing a set amount of work. Most are still structured around an expectation of set working hours, although perhaps these hours are more flexible now than a generation ago. It is still much more usual to see people staying back because the work is not finished, than for them to go home early when all the work is done. One issue in many workplaces, after of years of economic downturn – is that its pretty rare the work is ever all done, and if it is we worry that to leave early would make us a target for redundancy. But most of the time there are simply insufficient numbers of staff for the work to ever actually be finished. The other issue is that there is still a very common view that we are employed just as much to “be” at the place of work, as we are to “do” work. People are afraid if they finish their work and leave early (or even on time) they will be judged both by their managers and their peers as being lazy, slacking off, not contributing or not being team players – when in actual fact they might be more efficient and better at their jobs. To many employees, flexible has come to mean flexible for employers (I know of one firm where when employees raised the issue of flexibility the employer genuinely believed this meant flexibility in how the work was done – in the office, with no idea staff were wanting flexibility in how and when they worked!)

Even in organisations which already have activity based working or other forms of agile working, these same kinds of problems are occurring. I heard a story about one large ABW workplace which has a working from home policy, but the main workplace is often too full. Is it full because the environment itself is so successful and staff can’t stay away, or is it because there is a least one manager who wanders about every morning ticking off a role of staff and then contacting anyone who hasn’t been in the office for 2 days?

In an ABW environment, the distrust managers have of workers whom they can’t see can manifest even when staff are working within the office but beyond the managers view. It’s the same emotional motivations that lead to workplaces with beautiful but empty breakout spaces – staff are afraid of being seen as slacking off.Perhaps it’s also this fear behind why some middle managers are also so reluctant to give up their offices, it’s not so much about the work they do, or even the status, but their belief that they have earned  their right to not be watched over by the boss.

Another working model enabled by technology and affected by the same issue is distributed working, where company employees are based in different geographic locations.  I have worked in this model and it does present interesting challenges as a team leader.  Whilst staff may have a manger in their physical location, as a team leader you only know your staff are working on your project by the work they produce. You do have to manage differently for performance based outcomes – if you have your team sitting in front of you they are more likely to communicate with you more directly both with questions about the work, if someone else asks them to do something or when the work allocated is completed. Managing a distributed team does take more work – but not only does it allow more flexibility in team structures, where we can work and deliver projects – but it actually teaches managers and team leaders to be better at their jobs, better organised and better communicators.

Managements fear of the invisible employee is not a problem of architecture or design – it doesn’t matter what sort of office you have or how amazing your design team are. If your managers don’t trust their staff and are not trained to manage remote staff (from on another floor to in another country), then ‘new ways of working’ won’t work for your organisation. Very few organisations actually train people to manage teams, we don’t learn it at university either. Historically managers usually start out on the management path because they are good at the technical thing that they do – not because they are good at managing other people. If they make money for the organisation, they are likely to be promoted further regardless of their people management skills. Maybe at some point their organisation will decide they need some extra ‘soft skills’ but is likely they have developed their style and habits by then, and it’s now long past when they really would have benefited from them. Maybe as part of a new office fitout someone will have realized that a change management program is required. But in a large organisation, is it thorough enough to go right down through all levels of management and is the whole of the organisation seriously aligned to the goal (even when their own bosses are not looking)?

Perhaps a self managed team structure is the answer? Some organisations are now starting to abolish middle management in favour of this idea. I wonder how it will work, will natural managers and leaders start to emerge? Or does it only work if the whole team is highly organised and motivated (in effect naturally good at managing themselves at least)?

Is it possible the fear of flexibility and remote working is generational difference, and one that will simply disappear between now and 2040? I don’t think so. Whilst I see many more younger managers who are comfortable with remote management and who have more trust in their teams, than older ones. But I don’t think its necessarily a distinction of age, but one of culture and of an acceptance that the way we work has already changed. I am frequently shocked that anyone could suggest that we might work the same way now as back in the eighties or even nineties. In the 15 years since I graduated architecture the way we work has changed fundamentally. Not only has technology and software changed, but these changes – in particular the mobility and automation they have enabled means that new ways of working are not something of the future – they are already here, it’s just that some people don’t seem to have noticed it yet.